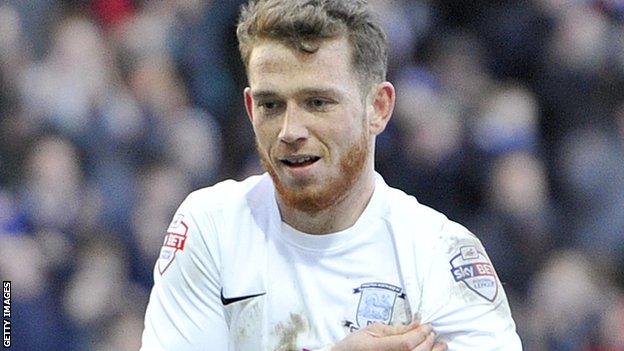 Midfielder Danny Swanson gave Posh the lead with shot from outside the area - his second goal in three games.

North End equalised on the stroke of half-time when Neil Kilkenny steered his shot past Bobby Olejnik to net his first goal for the club.

And striker Joe Garner then scored twice in the last 10 minutes to secure all three points.

Paul Gallagher's curler came back off the post in the 80th minute for Garner to tap home before the forward fired Preston's third into the roof of the net in injury time.

Simon Grayson's team are seven points behind second-place Brentford, although the Bees have two games in hand.

"I'm pleased now, but I wasn't pleased after 43 minutes. We looked very average.

"It was a massive time to score, just before half-time, to give everybody a lift, but I wasn't happy with how we'd played.

"When we play with an urgency, we play better, but the first half was too pedestrian. We got there in the end and it's a good victory."