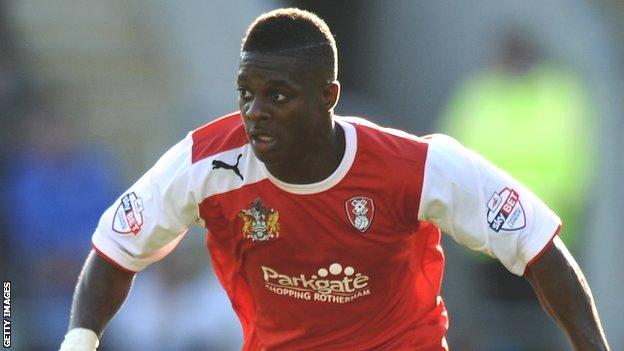 Kieran Agard grabbed a first-half double as Rotherham dealt a blow to Brentford's automatic promotion hopes and boosted their own chances of climbing out of League One.

Ben Pringle then put Agard through to slam home his 20th goal of the season.

Lee Frecklington curled wide before Haris Vuckic made it 3-0 with a header.

Despite suffering their first defeat in six games, Brentford remain second, three points clear of Leyton Orient who are third after their 1-1 draw with Oldham Athletic.

Rotherham move to within seven points of the automatic promotion places.