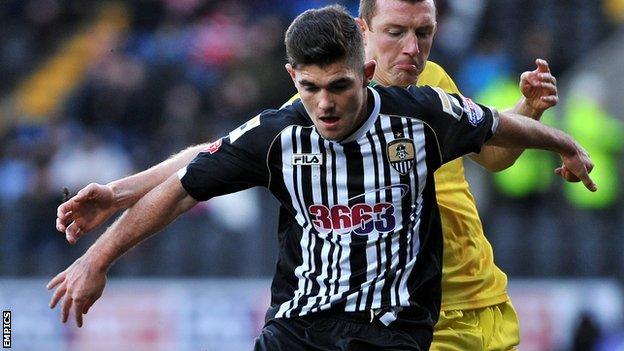 Gary Liddle set Notts on their way to back-to-back wins when he headed in from Jamal Campbell-Ryce's ball in.

Murray then broke clear to seal a deserved win late on before Mark Ellis fired in an injury-time consolation.

Victory moves Notts off the bottom of League One and to within three points of Crewe in 19th place.