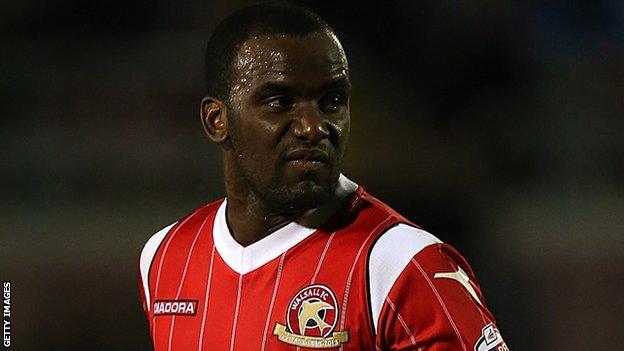 Craig Westcarr scored twice as Walsall kept alive their slim League One play-off hopes with a first win in 11 games.

The Saddlers did not take the lead until the 68th minute when Westcarr poked home Andy Taylor's low cross.

Walsall's top scorer then claimed his 14th goal of the season with a shot from the edge of the area that looped over home goalkeeper Jon McLaughlin.

The Bantams, without a win now in three games, struggled up front, failing to register a single shot on target.

With seven games left, Walsall are back to within five points of sixth-placed Peterborough United, who have a game in hand.

"We have to keep believing. That's four games unbeaten now and this league changes with every round of games.

"We played some good stuff, kept the ball well and restricted them to just a few opportunities.

"I said at half-time that we needed to remain patient, keep doing what we were doing and the chances would come.

"And it was nice to see Craig Westcarr back on the scoresheet with a couple of well-worked goals."