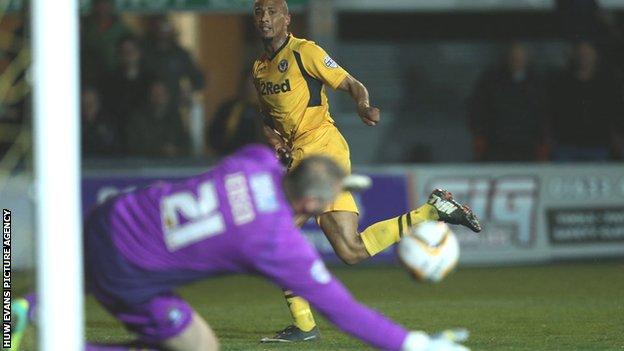 Bury claimed a valuable away point in a hard-fought scoreless draw with Newport County at Rodney Parade.

The result leaves Justin Edinburgh's Newport looking comfortable in 12th position, in spite of recording just one win in 10 matches.

"It's another point on the board. There were a lot of pleasing aspects tonight and that's back-to-back clean sheets.

"Fair play to Bury, they came here an put us on the back foot and they're one of very few sides who have done that this year.

"They had some good chances in the first half, but we took the game to them in the second, so I suppose we look at it as another point gained."

"I'm happy with the way we defended. I'm just frustrated we didn't get that first goal.

"Teams aren't really creating chances against us, which is pleasing. That's eight or nine clean sheets in 15 games and we've certainly steadied the ship.

"I'm just frustrated that, over the last three or four games, we've not been more clinical in front of goal because those three points are absolutely valuable."