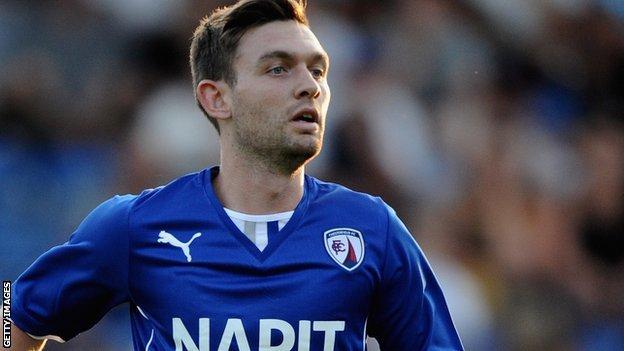 The Irish winger went close to creating an opener for Eoin Doyle, who fired wide before later crossing for O'Shea to nod home.

Shrimps keeper Barry Roche saved well from Doyle before also denying Jimmy Ryan, while Sam Morsy bent one effort wide and hit the crossbar with another.

Chesterfield's first win in three matches sees them stay in the automatic promotion places, six points above Fleetwood in fourth place, while 15th placed Morecambe have now gone four games without a win.

"We said before the game that it was going to be tough. I thought they would win the league, and whether they do or they don't, I still think they'll win automatic promotion.

"We were beaten by the better side, but we weren't steamrolled.

"We gave it our all and we've got to do that between now and the end of the season."