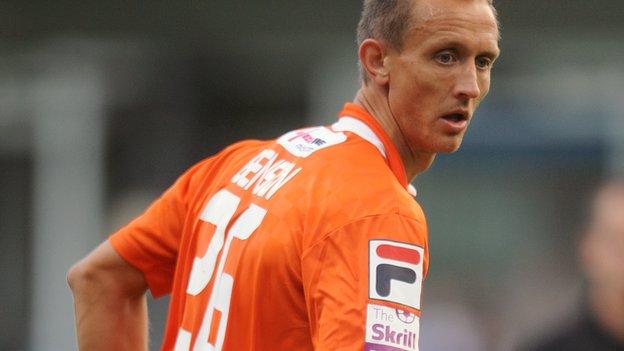 Conference Premier leaders Luton Town came from behind to beat Grimsby and edge closer to promotion.

Scott Neilson put the hosts ahead with his strike from inside the box but Matt Robinson levelled two minutes later.

Paul Benson earned the Hatters all three points when he poked home on the rebound after a Scott Griffiths shot hit the post.

Luton are now 17 points clear at the top, while Grimsby are outside of the play-offs by one point.

"I thought it was a good game, a proper game of football - two good teams.

"I can't ask much more from my players but one thing I can ask is I think both goals, to a degree, are self-inflicted.

"We had a chance just on half-time - Craig Disley thought he could have done slightly better and the keeper makes a good save but from where I was it's hard to judge until you really look back.

"I've said before you can't always tell from pitch level but it was a great ball in and we had some moments of quality. "

"It was as good as we've been this season away from home.

"It did amaze me a bit that everyone just worked so hard.

"He [Paul Benson] leads the line unbelievably well. I was so pleased he got the goal.

"I want to build success - we had 3 kids in the midfield today, how good is that?"