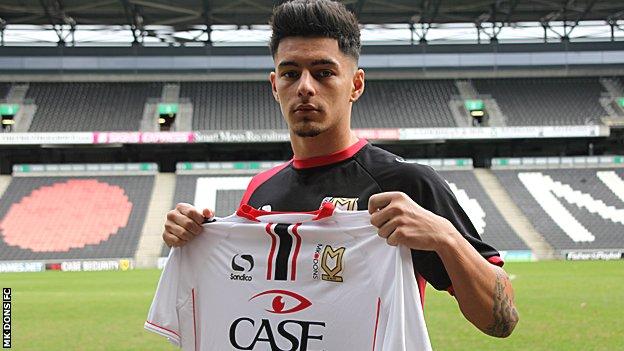 Loveridge is yet to play for the senior Swansea side after signing his first professional contract with the Welsh club last summer.

"He's quick, he's a good size and I like the fact he's grounded in the Swansea way," MK Dons boss Karl Robinson told the club website.

"He can play anywhere across the top three but wants to be a number nine."

Loveridge will be eligible to play in this weekend's clash with Stevenage, subject to Premier League and international clearance.

His loan spell covers six League One matches up to and including the trip to Port Vale on Friday, 18 April.

Robinson added: "It's his first loan spell away and he needs to adjust from Under-21s football to men's football.

"But he wants to get better and we're excited at the prospect of working with him."