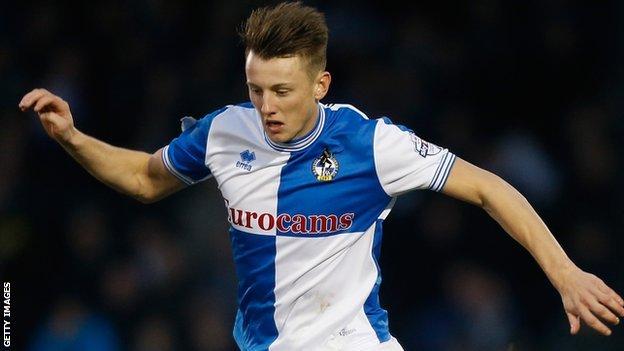 Bristol Rovers midfielder Ollie Clarke has signed a new deal to keep him at the club until the summer of 2016.

The 22-year-old made his debut in the 2010-11 season but his progress in the first team was hindered by injury,

But Clarke has managed 27 appearances this term, scoring in the 2-0 win over Portsmouth in December.

Manager John Ward told the club website: "Ollie has worked hard to come back from injury and his attitude has been excellent."

Ward continued: "We gave him a run in the team at the end of last year, and we thought we had a good player on our hands - and he has certainly proven that this season."

"We are building for the future, and Ollie and Tom are great examples to other players," added Ward.

"As a partnership, they are two young men who want to be here, and that is terrific for the club."