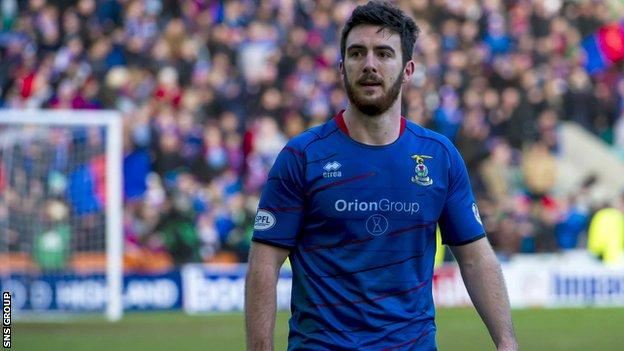 The 25-year-old, who was BBC Scotland's man-of-the-match during Sunday's League Cup final loss to Aberdeen, is now committed to the club until May 2016.

Draper moved to the Highlands from Macclesfield in the summer of 2012 and has six goals in 70 starts.

"I am really enjoying my time up here I love everything about the club and Inverness," said Draper.

Following the disappointment of losing out on penalty kicks in the club's first major final, the news comes as a fillip for manager John Hughes.

"We have been working with Ross and his agent for a couple weeks now and we are absolutely delighted he has seen that his future lies with our club," said Highes.

"He has been an ever present in the squad since first signing in 2012 and we have now secured the majority of this year's squad on long term deals which augurs well for the future and the stability of the playing staff for next season and beyond."