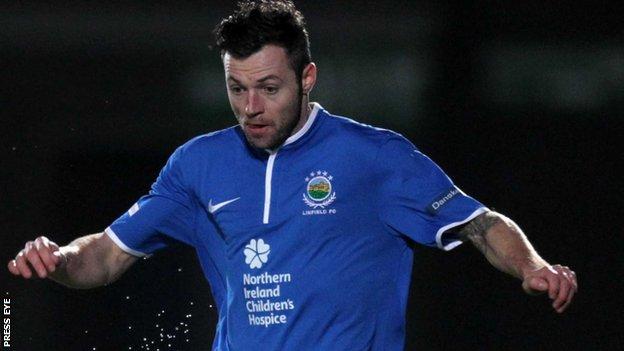 Linfield have revealed that former Northern Ireland winger Ivan Sproule is to have a knee operation on Thursday and may not play again this season.

Sproule has missed Linfield's last two matches and his continued absence will be a blow as David Jeffrey's men battle to regain the Irish League title.

The Blues are two points ahead of champions Cliftonville and the Belfast rivals play each other on 29 March.

Sproule signed for Linfield in December after leaving Ross County.

"We had hoped to get Ivan through to the end of the season without him requiring surgery," said team manager David Jeffrey on the Linfield website.

"However, any activity Ivan did resulted in further swelling and pain.

"The medical conclusion was that it was important for Ivan to get surgery as soon as possible and our doctor has arranged this for Thursday.

"While you can never say never, I think it will be highly unlikely that Ivan will be fit to return to action this season."