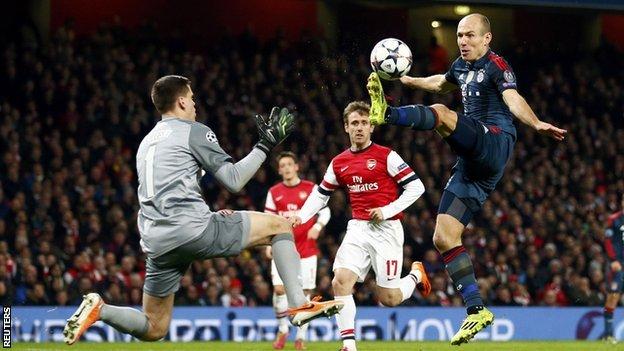 Bayern Munich forward Arjen Robben has signed a two-year contract extension with the German champions, keeping him at the club until 2017.

"There can be no better indication of how happy my family and I feel to be here," said the former Chelsea winger.

The Netherlands international has 10 league goals for Bayern this season.

He looks set to win a third title with Bayern, with Pep Guardiola's side currently 23 points clear, and has already won the league in England, Spain and his homeland.

Bayern Munich chairman Karl-Heinz Rummenigge said: "Arjen has proved his worth to FC Bayern. He is a fundamentally important member of the team and will now remain so for the years to come."