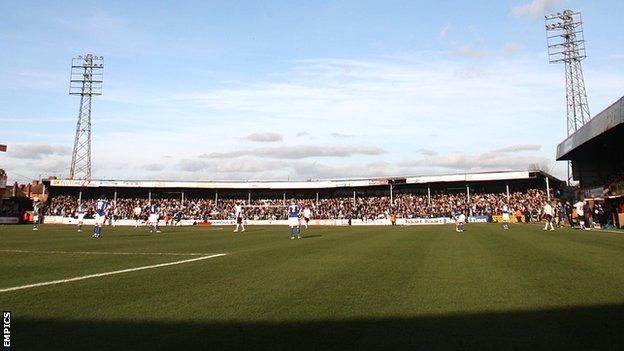 Hereford United manager Martin Foyle has said that none of his current squad will be at the club next season.

The Bulls boss was speaking after Tuesday's 2-0 defeat against Wrexham, shortly after it was revealed that the club could be facing administration.

The result leaves Hereford in 18th place in the Conference Premier, just four points above the relegation zone.

"They all know the situation that none of them will be here next year," Foyle told BBC Hereford & Worcester.

"We can't blame the club's predicament. It's about themselves. They've got to give it their best efforts.

"Five out of the 11 are not good enough and if there were changes to make, they would have been made by now."