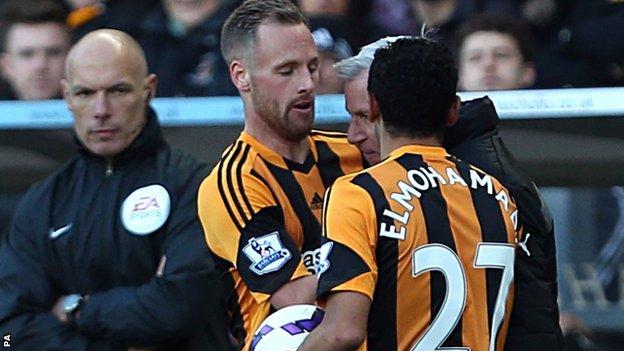 Pardew clashed with the midfielder in his side's 4-1 win on 1 March.

He received a seven-game ban, including a three-game stadium ban, on 11 March.

An independent Football Association commission said it had considered a five-match stadium ban but decided against that after taking into consideration action taken by Pardew.

In its written reasons for Pardew's punishment, which also included a £60,000 fine, the independent commission noted 10 key points from his mitigation, which included:

"Based on the mitigation presented together with the action taken by both the club and Mr Pardew, the regulatory commission came to the conclusion that the appropriate sanction set out was fair, reasonable and proportionate," the commission said.

Pardew was given a two-game ban for pushing an assistant referee in 2012 and has been involved in several controversial incidents.

In November 2006, he apologised to Arsenal manager Arsene Wenger for his celebrations following a winning goal against the Gunners, eight months after he denied Wenger's claims that he was a racist or xenophobe.