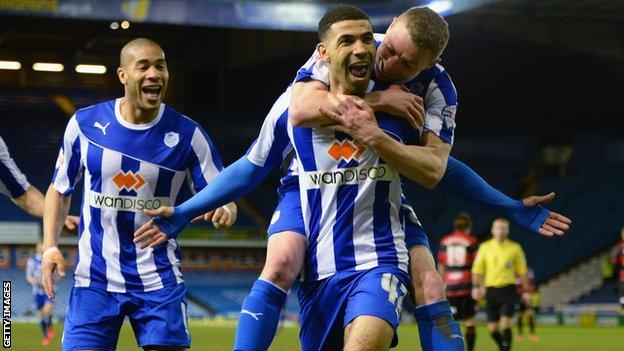 The 27-year-old striker is on loan from Blackburn until the end of the season and has scored three goals in eight appearances for Wednesday.

"You know no matter what you do he has got your back and he has you going out there with confidence," Best told BBC Radio Sheffield.

I love it here, it's like a second home to me

"As a player, having a manager like Stuart is unbelievable."

Best added: "He's very hands-on and has involvement in everything that we do. He knows what he wants from us and we know if we do it then we'll win games."

The Republic of Ireland international had two loan spells with the Owls in the 2005-06 season, scoring two goals in 13 appearances.

After an injury-hit 18 months at Ewood Park the former Coventry and Newcastle man says he is enjoying being back at Hillsborough but is unsure where his long-term future lies.

"It's been easy for me to come here and train and play and just enjoy my football.

"It's football and anything can happen, but I've got two and a half years left on my contract with Blackburn."

The Owls, who have won four of their last six league matches, visit South Yorkshire rivals Doncaster on Saturday.