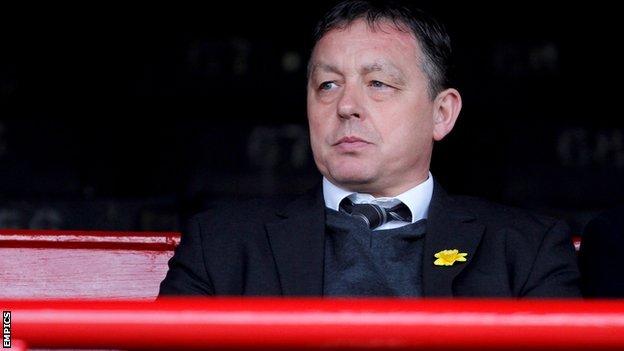 Nottingham Forest boss Billy Davies' hearing for the appeal against part of his improper conduct charge has been delayed for personal reasons.

He received a five-match touchline ban after admitting an FA charge of using abusive and/or insulting words and/or behaviour towards ref Anthony Taylor in February's draw with Leicester.

But he denied a charge of deliberately making contact with Taylor.

The hearing had been scheduled to take place on Wednesday.

The 49-year-old served the first two matches of his ban before returning to the touchline for Saturday's 0-0 draw with Doncaster after lodging his appeal against the second charge with the FA.