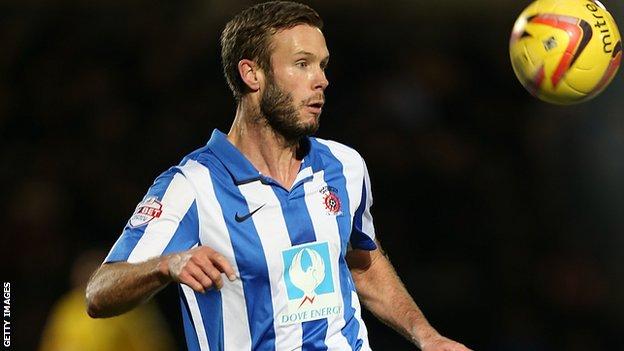 League Two promotion chasers Hartlepool have confirmed winger Andy Monkhouse will be sidelined for at least four weeks with a strained hamstring.

Monkhouse, 33, picked up the injury during Pools' comprehensive 4-0 victory over Bristol Rovers on Saturday.

Manager Colin Cooper has challenged other players in his squad to step up.

"It's an opportunity for someone, and the positive is that Jack Compton came off the bench against Bristol Rovers and looked bright," said Cooper.