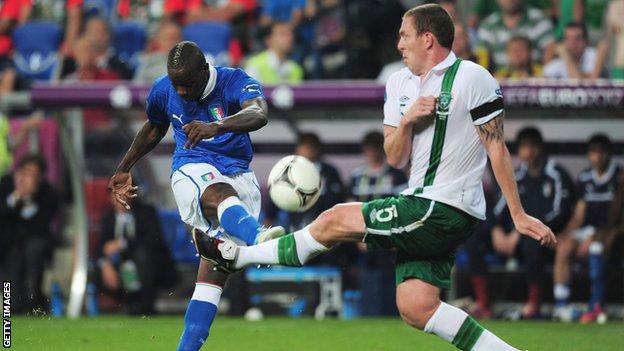 The Republic of Ireland will play Italy in a friendly match at Craven Cottage in London on 31 May.

The game will come six days after the Republic's home friendly against Turkey as Martin O'Neill's side continue their build-up to the Euro 2016 qualifiers.

In the most recent meeting between the countries at Euro 2012, the Italians earned a 2-0 victory.

The Football Association of Ireland are hoping to organise further friendly games for the summer period.

It will be the Republic's 14th encounter with Italy, having won two and drawn two of the previous meetings.

In the last friendly game between the countries in Liege in 2011, the Irish, who were then managed by Giovanni Trapattoni, pulled off a surprise 2-0 win.