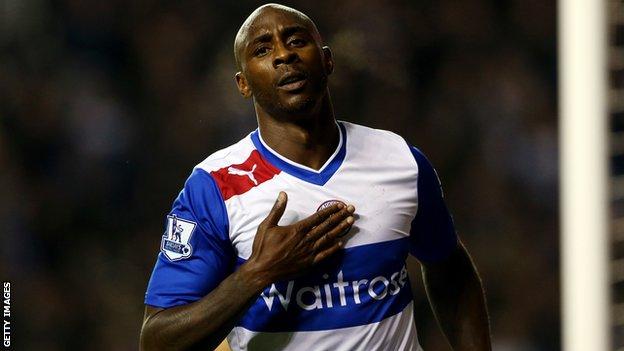 Reading forward Jason Roberts has announced his retirement from football because of injury.

However, he has been unable to make a full recovery and announced his retirement on Thursday.

"It is with great sadness that I have to announce my retirement from professional football on medical grounds," said Roberts.

Roberts began his career at Hayes in the 1996-97 season and went on to play for Wolves, Bristol Rovers, West Brom, Wigan and Blackburn, before joining Reading in January 2012.

He was instrumental in helping the Royals win promotion to the Premier League that season, but played just 12 times in the top flight last year because of injury, with Reading relegated after a disappointing campaign.

"I have had an amazing 17 years playing professional football and I'm proud of everything I've achieved and am grateful for all that I've experienced," said Roberts, who scored 142 goals in 452 league matches in his career.

"I've played in every division and I have fond memories of my time at each and every club I have represented, and also playing internationally for Grenada. I am now looking forward to the future and having time to focus on my charity The Jason Roberts Foundation."

Roberts, who also made 10 appearances for Grenada, added: "I am also excited about continuing my media work and having recently passed my corporate governance exams, I'm looking forward to exploring this area further.

"I have met many fantastic people during my time as a player and I am grateful to the game for the opportunities it has given me.

"I'd also like to thank the fans of all the clubs I have represented for their continued support during my career and especially through my recent rehab."