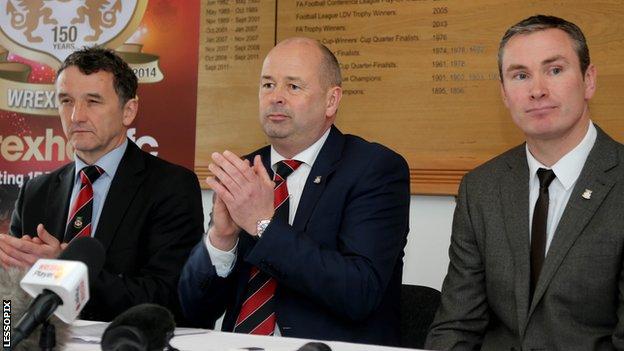 The former Everton midfielder was on a three-man panel which appointed new manager Kevin Wilkin.

"Barry Horne will take over football operations and will be there to support Kevin in any way he feels he needs support," said Dragons chief executive Don Bircham.

Horne, a former head of the Professional Footballers Association moves from his current directorship to take up the newly-created role of head of football operations.

He will join the staff on a part-time basis and will assume responsibility for player contract negotiations and will work closely with Wilkin to develop the club's scouting and recruitment network.

Chief executive Bircham will spend more time developing club business, while continuing to work as CEO on a voluntary basis.

Horne. who won 59 Wales caps, started his playing career at Wrexham, playing for the club between 1984 and 1987.

New manager Wilkin has been appointed on a two-year deal and his first game in charge is against Salisbury City this Saturday, 22 March.

The former Nuneaton coach, 46, succeeds Andy Morrell while caretaker boss Billy Barr, who was interviewed for the role, has now left the club.

Wilkin, a former Northampton Town player, had been in charge at Nuneaton since 2006, winning three promotions and taking the club from the Southern League Division One Midlands to the Conference Premier.

"Kevin came out as number one of the three people that were interviewed," said Bircham.

"Just about everything we tested he came up trumps.

"We tested his tactical ability, his man management skills, his integrity as a man and we wanted him to work with the community as a fans owned club, which is vital to us.

"So he ticked just about every box."