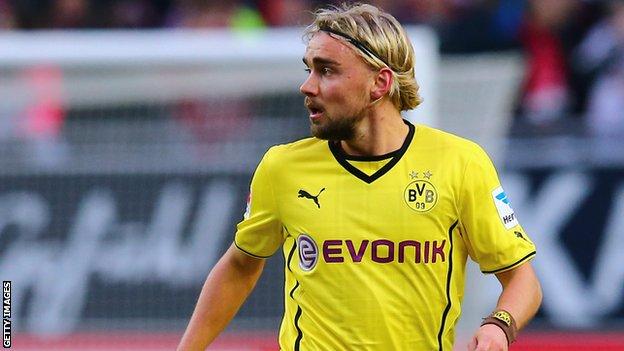 The Germany international defender, 26, faces four weeks out after suffering the injury during Wednesday's last-16 match against Zenit St Petersburg.

Dortmund lost 2-1 on the night but won 5-4 on aggregate to make Friday's draw.

The quarter-final first legs will be played on 1 and 2 April, with the returns a week later.

Jurgen Klopp's side will be joined in the last eight by Bundesliga rivals Bayern Munich, who beat them at Wembley in last season's final.

Schmelzer said: "There are a few teams in there we've not met yet and so it would be nice to play against a side who we don't know."