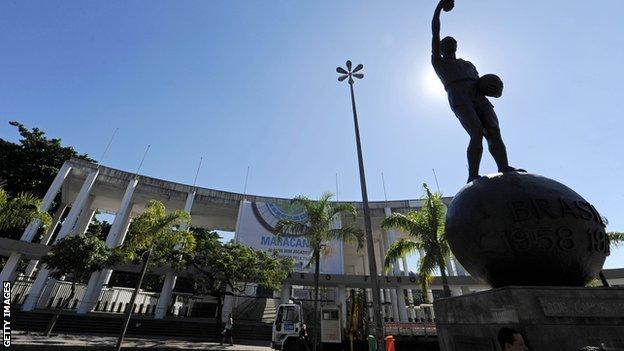 Brazil's 1958 World Cup-winning captain Bellini has died at the age of 83.

The defender led a team including 17-year-old Pele to a 5-2 victory against host nation Sweden in the final to claim the trophy for the first time.

He is credited with being the first World Cup captain to lift the trophy high into the air.

"I had the opportunity to meet him during his time at Sao Paulo where he proved, as well as being an excellent defender, he was a gentleman and an exemplary professional."

Bellini, who had been suffering from Alzheimer's disease since 2011, is believed to have died after suffering complications following a heart attack.

A 1960 statue of Bellini, who won 51 caps for his country, shows him holding the original Jules Rimet trophy aloft one-handed outside the Maracana Stadium.

He won the trophy again in Chile four years later although he was by then only a bit-part squad member.

Bellini, a former player for Vasco da Gama, Sao Paulo and Atletico Paranaense, will be buried in his home town of Itapira on Friday.