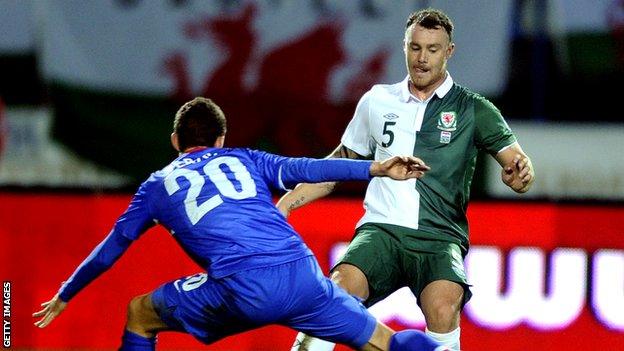 Newport County have signed Wales defender Darcy Blake on a non-contract basis until the end of the season.

They have also signed Kevin Feely, a Republic of Ireland Under-21 defender, on loan until the end of the season from Charlton Athletic.

Blake, who has 14 caps, had been training with Birmingham City recently and impressed manager Lee Clark.

County completed the signing of 25-year-old Blake in time for Saturday's League Two trip to Torquay.

Justin Edinburgh's side have won just once in 15 games in League Two games.

Blake last played for Wales in a World Cup qualifier in Croatia and has not played a competitive game for 15 months since Palace's 2-2 draw at Blackpool in December 2012.

New Tredegar-born Blake came through the youth ranks at Cardiff, making 115 senior appearances for the Bluebirds before joining Crystal Palace in August 2012.

Feely joins on an emergency loan, having already been on loan this season at AFC Wimbledon.