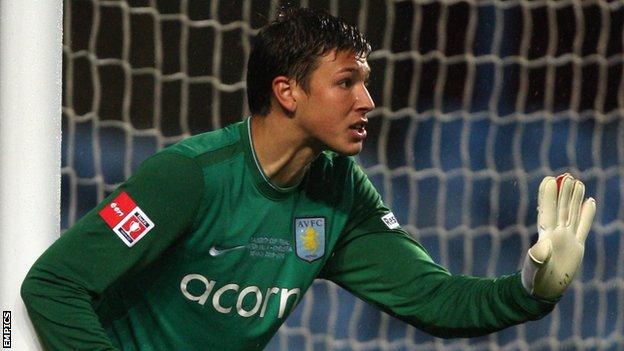 Cambridge United have signed Aston Villa goalkeeper Benjamin Siegrist on loan until the end of the season.

The 22-year-old started his career at FC Basel and joined Villa in 2009, but has yet to make his first-team debut.

He will be unavailable for Sunday's FA Trophy final against Gosport Borough.

"We have known about Benjamin since pre-season and are delighted to have been able to sign someone of his calibre," said U's director of football Jez George.

Siegrist is a Switzerland Under-21 international and had a loan spell with Burton earlier this season, but failed to feature.