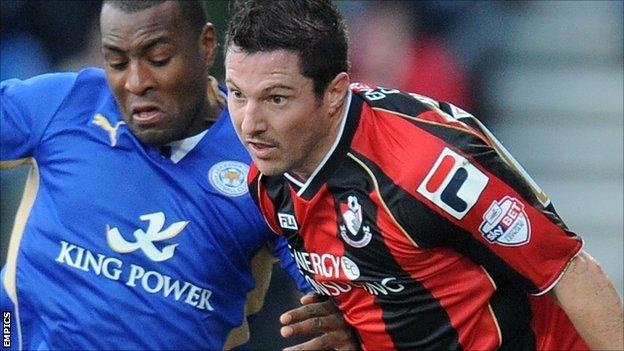 Bournemouth striker Yann Kermorgant says his playing time between now and the end of the season could be limited because of a heel injury.

The forward missed three games with the problem before returning in midweek as a sub in the 1-0 defeat at Charlton.

And ahead of Bournemouth's clash at Barnsley on Saturday, the Frenchman says it is still a concern.

"The injury is OK, but I have to be careful as the season is nearly over," the 32-year-old told BBC Radio Solent.

Kermorgant scored a hat trick in his only start since his move from Charlton in January, but says he is wary of aggravating the problem further and already has one eye on next season.

"If I come back in a rush I have to be careful not to be injured again because it is not completely done," he said.

"I spoke with the manager [Eddie Howe] and I think I will have to manage my situation between now and the end of the season to be sure to get rid of the pain and ensure I have nothing wrong for next season."