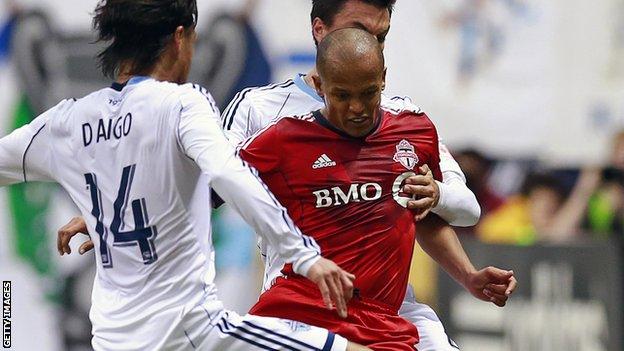 Blackpool have signed striker Robert Earnshaw until the end of the season.

The 32-year-old Wales international has been without a club following his departure from Major League Soccer side Toronto FC in January.

"Mentally I feel really fresh because I've been dying to go, so signing here is going to be exciting," he said.

"I'm hoping I can come here and give the fans some goals and somersaults, give them what I've given to every other team."

Zambia-born Earnshaw is unavailable for Saturday's game with Huddersfield due to international clearance, but can make his debut at Bolton on Tuesday.

He made his name at Cardiff, scoring more than 100 goals for the Bluebirds early in his career and returning to the Welsh capital in 2011.

He also played for West Bromwich Albion, Norwich, Derby and Nottingham Forest before a spell in Israel with Maccabi Tel Aviv.