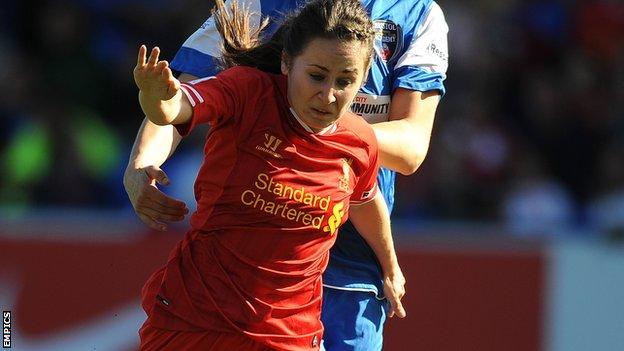 Liverpool Ladies could be without winger Nicole Rolser for the entire 2014 season because of a knee injury.

The 22-year-old German ruptured the anterior cruciate ligament in her right knee in training on Tuesday and scans confirmed the severity of the injury.

Rolser helped the Reds to a maiden Women's Super League title in 2013.

"Nicole was a key player for us last season, not only scoring, but creating a number of goals and will be a major loss," said boss Matt Beard.

"However, Nicole will still have a big part to play off the pitch this season and I have no doubt that she will return as a key player for the team."

Lucy Staniforth, a winter recruit from Bristol Academy, is set for a long spell out after suffering a similar injury last month.