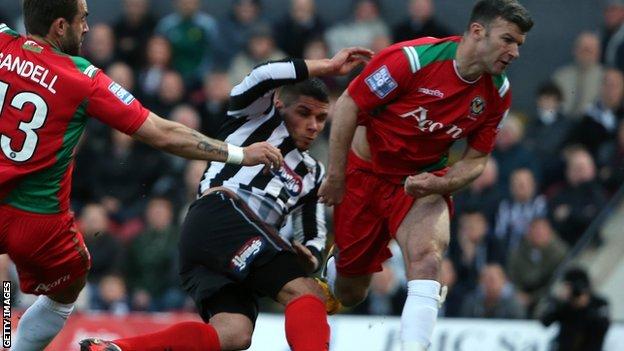 Grimsby Town have agreed to terminate the deal of striker Liam Hearn by mutual consent.

The 28-year-old has been out since suffering a serious knee injury in the win over Barnet in November.

The former Alfreton man scored 27 league goals in his first campaign with the club in 2011-12 but missed most of last season with an Achilles injury.

"It is really unfortunate for Liam and we would like to wish him well," boss Paul Hurst told the club website: