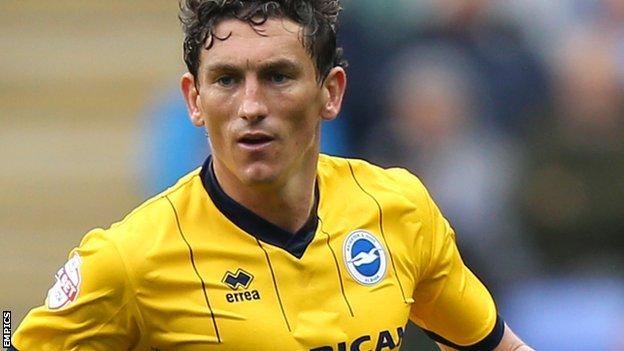 Midfielder Keith Andrews believes it is unlikely he will return Bolton after his loan spell at Brighton finishes at the end of the season.

Trotters boss Dougie Freedman had said he expected the 33-year-old - who has made 24 appearances for Albion to date this term - to return to the Reebok.

But Andrews told BBC Sussex: "Although I have a year left on my contact, I would be very surprised if I was there.

"The writing's been on the wall since the day he let me go on loan."

Keith Andrews scored four goals in 27 appearances for Bolton Wanderers last season, but only featured twice for the Trotters this term, before going out on a season-long loan to Brighton & Hove Albion.

The former Wolves, MK Dons and Blackburn man admits he read the reports about his Trotters future after being alerted to them by his father.

"That [having a future at Bolton] would be what the headlines would say, but if you actually analyse what he [Freedman] said, I doubt that is the case in all honesty.

"There is not a lot in there [Freedman's comments] to suggest I have a big future at Bolton.

"We are all old enough and long enough in the tooth to play the game a little bit."

Andrews, who joined Bolton on a three-year deal in June 2012 after being released by West Brom, had said the move to the Seagulls had come as "a bit of a bolt out of the blue" in August.

The Republic of Ireland international was ineligible to face his parent club last week, but returns to Oscar Garcia's side to face fellow promotion hopefuls Ipswich Town on Saturday.

Brighton are just one point and two places outside the top six, while Ipswich are a further place and five points adrift.

"Hopefully we can keep the good run going. We have done quite well against teams in the top half of the table and they are the ones you want to take points off," said Andrews.

"We have let ourselves down against the so called lesser sides, so when we do play those teams in the coming weeks we have to make sure we take some decent points against them."