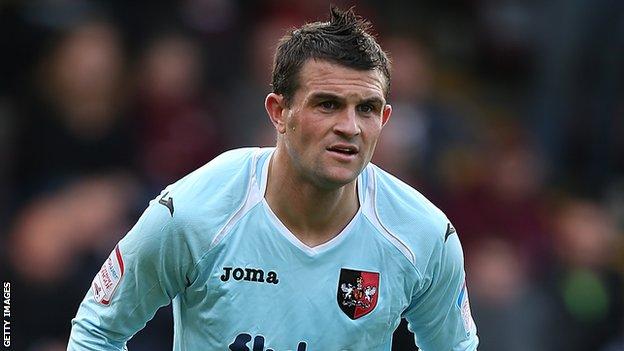 Tully has been coaching the youth sides at Torquay, and recently brought Gulls youngsters Mickey Parcell and Monty Berrow to Treyew Road.

"My Torquay connections are beneficial to Truro - there needs to be a feeder club," he told BBC Radio Cornwall.

Everything at the moment seems positive

"I have good relationships at Plymouth Argyle and Exeter City too."

Tully, who took over at the White Tigers last week, added: "Those are three professional clubs who have young pros that need to go out and play games on loan.

"At League Two and Conference level all they worry about is their first-team games so you can get some players that go several weeks without a game.

"They need to play football - between 18 and 21 is when players need to develop, otherwise they could end up playing 10 games a season so if we can help with players who can help us then there's definitely a relationship that can help Truro City."

Tully said his first full week of management had been a "whirlwind".

"My phone hasn't stopped ringing but I've really, really enjoyed it and just loving the job," he said.

"Training's been really upbeat, and positive. The players have smiles on their faces which tells its own story and I've had no-one grumbling to me yet.

"Everything at the moment seems positive - there will be times when you have unhappy players but you have to deal with that when it comes."