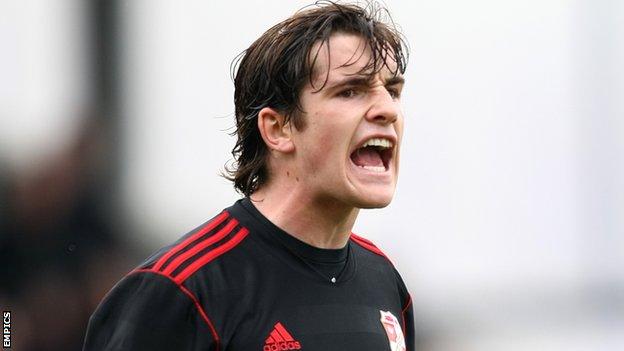 The 25-year-old has been playing for the Ryman Premier side since his release by Swindon at the beginning of the year.

He started his career at Gillingham - where he made 15 league starts - before playing 32 times for the Robins.

"Luke has got the ability to come up with that little bit of magic in games," said Hatters boss John Still.

"He's been doing very well for Maidstone. We've watched him a few times and been very impressed.

"He's a great character and he'll prove important to us in the final 10 games of the season."