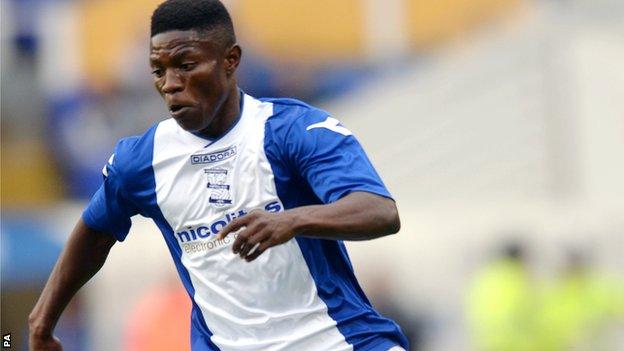 Teenage midfielder Koby Arthur has joined Lincoln on a youth loan from Birmingham until the end of the season.

The 18-year-old, who has made four first-team appearances for Blues, is the third Birmingham youngster to move to the Imps on loan.

Arthur will join Charlee Adams and Nick Townsend at the Conference Premier side, who are 12th in the table but only five points off the play-offs.

He will go straight into the squad for Saturday's game against Gateshead.