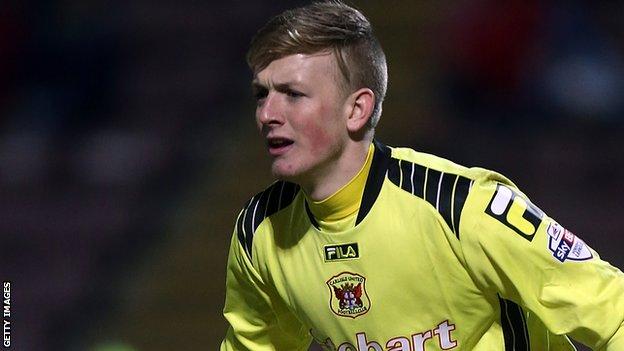 Tranmere and Carlisle both remain in relegation trouble in League One after a goalless draw at Prenton Park.

Carlisle keeper Jordan Pickford made a number of vital saves for the visitors, denying both Ryan Lowe and Jake Cassidy who had chances to open the scoring.

On the day chairman Peter Johnson revealed the sale of the club had fallen through, Rovers wasted a number of openings throughout the game.

Gary Madine had the Cumbrians' best chances but his shot was easily saved.

Both sides now sit on 40 points, with the same goal difference, but Tranmere are out of the relegation places because they have scored more goals.

"It was our aim to start well and get them on the back foot, which we did.

"As always, the players have stuck at it. We had a great spell for 20 minutes where we penned them in, but when you have pressure like that, you have to score. Unfortunately we haven't.

"[Tranmere captain] James Wallace will be out for three or four weeks with a tear in his groin."