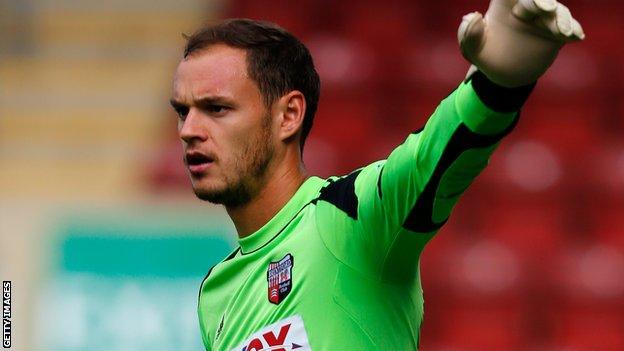 Brentford lost ground on League One leaders Wolves after a frustrating goalless draw at Oldham.

The Latics created a number of first-half chances with Jonson Clarke-Harris and Danny Philliskirk both going close.

Clayton Donaldson had the best Bees efforts, forcing Paul Rachubka to save from a header and a long-range shot.

James Dayton missed a one-on-one opportunity late on when laid in by Gary Harkins but hit his shot straight at goalkeeper David Button.

Brentford remain second but have fallen six points behind Wolves in the chase for the title, but they are now four points above Leyton Orient in third after their loss at home to Bradford.

Oldham have another valuable point in their fight to remain in the division and sit four points above the relegation places.

"I don't care who it is, but somebody has to put away those great chances we keep getting.

"Within my gut I'm not happy with a point.

"But I'm pleased because I know it was an important point."