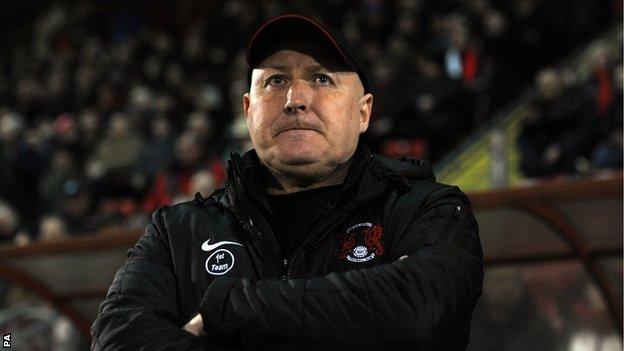 The Bantams scored the only goal of the game against the run of play as McLean volleyed in Gary Jones' corner.

The O's are without a win in four games and are four points behind Brentford in second who have two games in hand.

The home side felt they were denied a penalty in stoppage time when Dean Cox's shot hit an arm but referee David Phillips insisted he had already blown for half-time.

The altercation continued down the tunnel which resulted in both men seeing red.

But this changed nothing on the pitch as, despite a late scare from Shaun Batt whose bending effort went just wide of the post, City were able to absorb the Orient pressure.