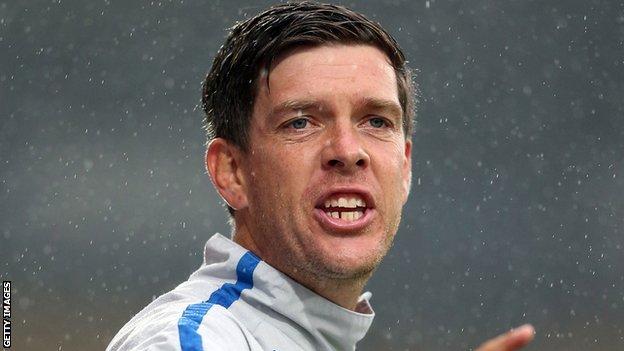 Mohamed powered home Ellis Harrison's superb cross from the right to give the hosts a win their play barely deserved.

Neither goalkeeper made a worthwhile save in a dour game where both teams struggled until the dramatic finale.

But the victory eased Rovers' relegation fears as they are now six points clear of the bottom two.

"I tried to get my philosophy across today and I think we did it in spells and we need to more of that, but I'm going to give the players massive credit for sticking with it.

"Two or three deliveries were excellent and it's a great learning experience for the younger boys in the squad, getting valuable experience of being in the situation we are in.

"It was a great moment with it being my first game but it was a very anxious game. I think the fans could see that, the players were a little bit edgy."

"I feel sick. It's the hardest goal I've had to take since I've been manager at the club.

"I felt comfortable thinking we were going to get a clean sheet and take a positive point away from home, but we made a couple of silly decisions in the middle of the park.

"We haven't done enough to stop the cross or win the header in the box."