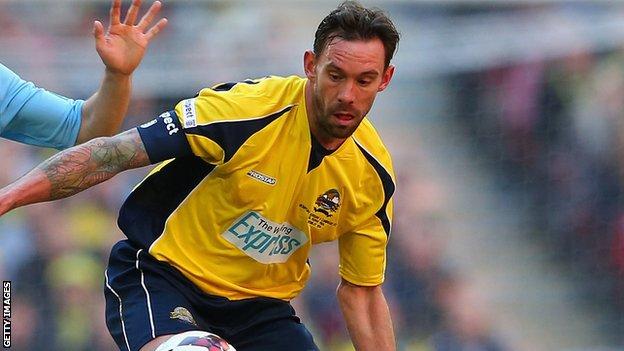 Gillies blasted his spot-kick into the roof of the net to open the scoring after David Stephens had pulled Delano Sam-Yorke's shirt inside the area.

His sweetly struck effort from the edge of the box flew into the top corner and ensured the Bees a point.

Newly crowned FA Trophy winners Cambridge look set to miss out on automatic promotion as they are now 13 points behind leaders Luton, although they do have a game in hand.

Barnet stay ninth but are only two points off the play-off places.