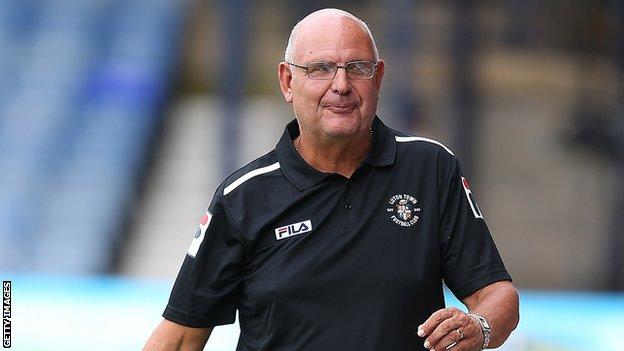 Conference Premier leaders Luton Town fell to a rare defeat at Halifax, who remain on course for a play-off spot.

Marc Roberts headed in Adam Smith's cross to put the home side in front.

Lee Gregory made it 2-0, firing in from 12 yards after collecting Lois Maynard's pass, to send Halifax up to fifth in the table.

Despite the defeat, John Still's men have a 13-point lead and promotion to the Football League still appears a formality.

"We've played a team with a fantastic home record today, and they deserved to win. I had no complaints with that.

"It wasn't our day today. We're at the business end of the season, where everyone has something to play for.

"We just have to put everything in context - we never get too high, and we're not too low now. We just move on to the next one."