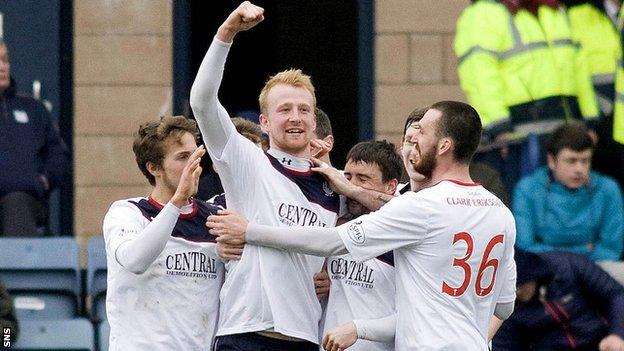 Falkirk won at Dens Park to boost their slim Scottish Championship title hopes and dent Dundee's in the process.

Mark Beck netted the only goal of the game in the first half, getting on the end of Mark Millar's corner to nod into the net.

Craig Beattie fired wide as Dundee went in search of an equaliser before the break.

Millar won and took a penalty in the second half but his effort was saved by goalkeeper Kyle Letheren.

Dundee slip to second but are level on points with new leaders Hamilton. Both sides are six points clear of Falkirk.