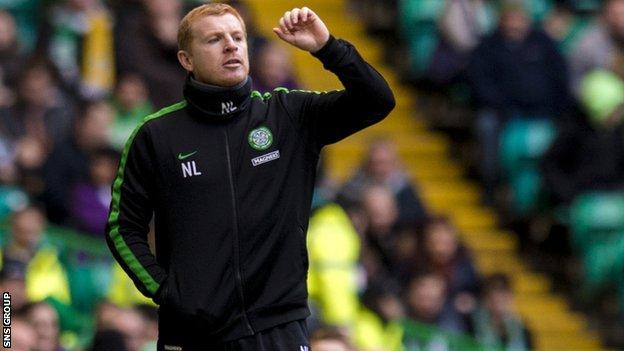 Manager Neil Lennon wants up to five new faces over the summer to bolster his Celtic squad, having already drawn up a long list of targets.

"We have an extensive list of players that we are looking at with a view to bringing here in the summer," he said.

"We are certainly looking at four or five positions.

Georgios Samaras is expected to move on under freedom of contract at the end of the season and goalkeeper Fraser Forster may attract offers following an impressive campaign.

"Striker is always a priority position but at the minute we have very good players in that position," added Lennon.

"Leigh (Griffiths) is just in the door and he is really settling in well and we are very pleased with the contribution he is making. But if there is a quality striker out there that we can afford, and we feel can make us better, we will pursue it."

Kris Commons is Celtic's leading scorer this season, with 26 goals in all competitions, while Anthony Stokes, on 11 goals, is the only other player to reach double figures so far.