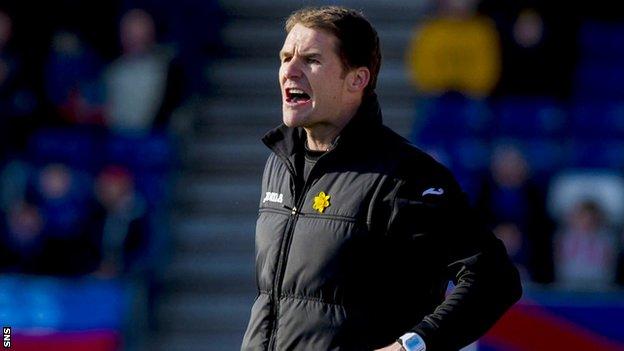 The visitors passed up a number of first-half chances and paid the price when Billy McKay headed in the only goal of the game.

Archibald told BBC Radio Scotland: "I thought we were dominant in the first-half, we were by far the better team.

"We created a number of chances and we didn't take them, and it's come back to haunt us in the second-half."

Lyle Taylor was denied numerous times in the first-half by an inspired Inverness goalkeeper Dean Brill.

The striker also had the ball in the net but was flagged offside with the score still at 0-0, and the Partick manager felt it should have stood.

"We can take positives from the way we played in the first half against a very stuffy Inverness side.

"Inverness have got a great record defensively and we caused them no end of problems and created four or five good chances.

"Their goalkeeper had a very good day. He had two great saves.

"There's no doubt the chances will come again and hopefully next time we take them.

"We should be happy I suppose that other teams also lost, but you feel we feel we've dropped points ourselves, especially on our first half performance."