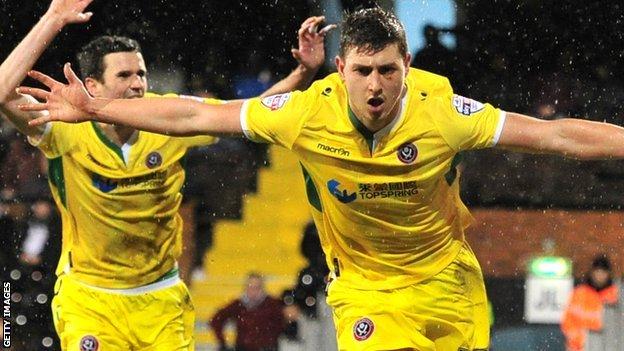 Shrewsbury Town have signed striker Shaun Miller on loan until the end of the season from fellow League One club Sheffield United.

The 26-year-old has appeared 16 times for the Blades this season, his only goal coming in the FA Cup triumph at Premier League side Fulham.

Miller signed for United in July 2012 having scored 39 times in 163 league matches for Crewe Alexandra.

He goes straight into the Shrews squad for Saturday's match against Bradford.