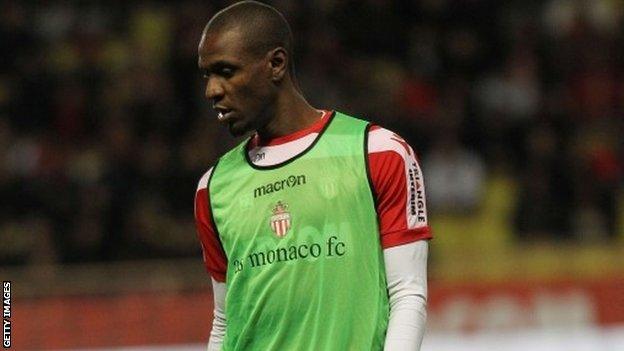 Monaco defender Eric Abidal left the stadium without permission after being omitted from the squad for Sunday's 1-1 draw at home to Lille.

The 34-year-old is hoping to feature for France at the World Cup but was not picked by Monaco boss Claudio Ranieri.

Abidal went on to apologise on Twitter. "Discussion with the vice-president and the coach. Everything is back in order. Apology to the players," he wrote.

Former Chelsea boss Ranieri said: "It's over - there is no problem."

He added: "It was important that he stayed with the squad because he is the captain. But I won't hold it against him."

Eric Abidal, who had a liver transplant in 2012, rejoined his first professional club Monaco in the summer and has played in 24 of their 30 Ligue 1 games

Abidal, who joined the club in the summer after leaving Barcelona, had recovered from a stomach bug but Ranieri decided to start with Nicolas Isimat-Mirin, who played during Abidal's month-long absence.

"He had a good week and trained every day but I preferred another player," said Ranieri.

The Italian, whose side are 10 points off leaders Paris St-Germain in the French league, confirmed that Abidal had gone home after leaving Stade Louis II.

"I know he was at home. He did not stay for the game," Ranieri said. "He came with us [to the pre-game camp] and he left. He was not on the bench. He left."