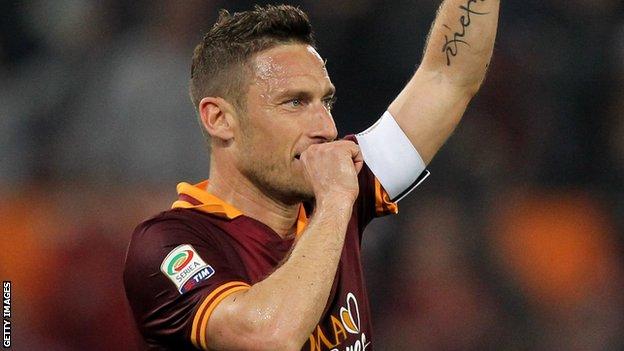 Gervinho opened the scoring for Roma but Afriyie Acquah beat four defenders to turn and equalise.

Totti swept home from the edge of the box and Miralem Pjanic added a third after the break.

Leaders Juventus lost for only the second time in Serie A this season when they were beaten 2-0 by Napoli on Sunday.

Roma could close the gap to just five points if they can win at Cagliari on Sunday, with Juve not in action until Monday, when they host relegation threatened Livorno.

A point for Rudi Garcia's side at the weekend will ensure that they will be playing Champions League football next season.