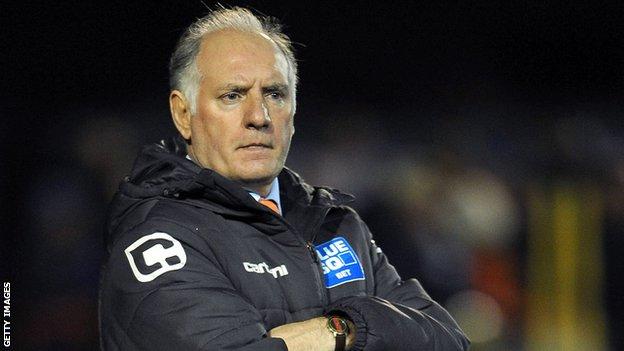 The Iron have played on Saturday, Tuesday and Thursday for the past two weeks, taking 13 points along the way.

Lois Maynard forced Braintree goalkeeper Nick Hamann into a save in the first half.

Debutant Scott Spencer missed two chances for the home side and Dan Holman was wayward for Braintree in a game of very few chances.

Alan Devonshire's Essex side are now up to fourth in the league and maintain a one-point advantage over their opponents, who are in seventh.