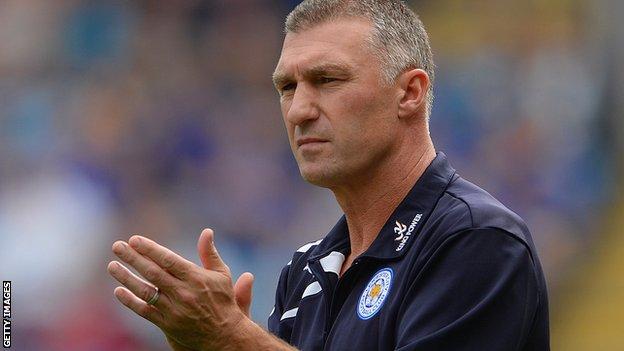 Leicester City manager Nigel Pearson has been released from hospital and hopes to be in charge for Tuesday's Championship game against Yeovil.

The 50-year-old complained of sickness before watching the leaders draw 1-1 at Blackburn Rovers on Saturday and was admitted to hospital after the game.

In a statement on Monday morning, the club said Pearson sought medical advice as a "precautionary measure".

He was discharged on Monday afternoon following final tests.

"Our thoughts are with him," Shakespeare added. "Hopefully he will be at the game on Tuesday.

"He is very keen but I don't want to jump ahead of myself. As soon as we get the test results hopefully it put everyone's minds at rest."