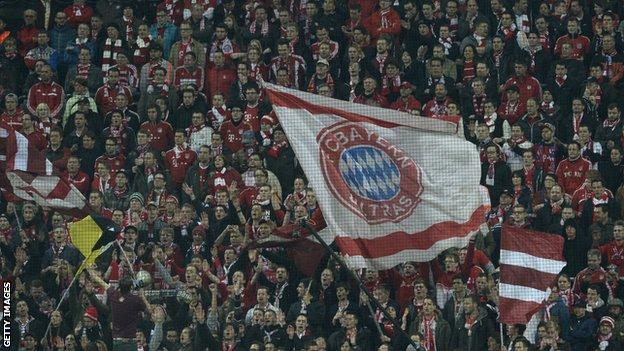 Bayern Munich will have to close a small section of one stand for their Champions League tie with Manchester United.

They were punished by Uefa after fans displayed illicit banners during their game against Arsenal.

One made reference to Kosovo's desire to be in Fifa, and another used homophobic words and images.

The European champions must close one of their 131 Allianz Arena sectors for the second leg against the Red Devils.

Bayern Munich progressed to the quarter-finals of the Champions League with a 3-1 aggregate win over the Gunners. They host United on 9 April.