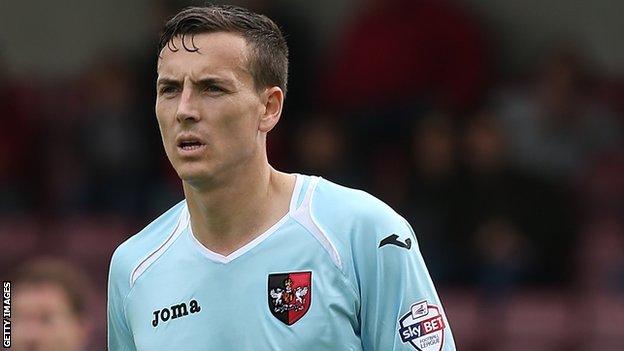 The 31-year-old arrived at the Memorial Stadium on loan from Exeter in February and played four games before suffering a serious ankle injury.

Gow is unlikely to return before the end of the season, but when asked if he wanted to keep the player, Ward told BBC Radio Bristol: "If we can, yes.

Bristol Rovers went four games unbeaten with Alan Gow in the squad. They beat Cheltenham and Burton, and drew with Scunthorpe and Oxford

"He can make a difference to our side and he wants to be here."

Scotsman Gow signed a deal with Rovers until the end of the current campaign, with winger Eliot Richards going the other way.

But he was ruled out for at least six weeks and required an ankle operation after being stretchered off in the 1-1 draw with Scunthorpe.

However, Ward said Gow had done enough to impress him.

"He would be fit to start pre-season," Ward said. "He's had the operation on his ankle but everyone tells us he's going to be fine for pre-season.

"People recognise he's a good footballer. We saw that in him and so did our supporters."