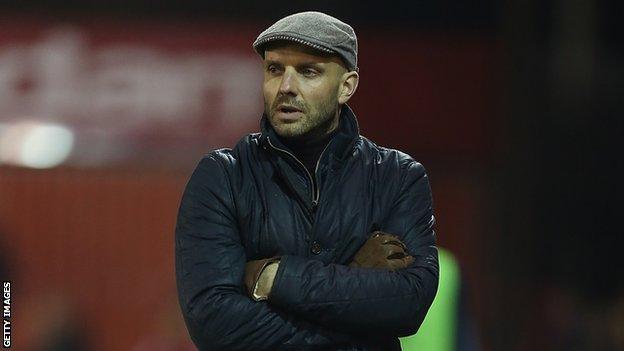 The Grecians had not won at St James Park since before

"When you win 3-0 and play that well it really does warm your heart and give you plenty of encouragement going forward," Tisdale told BBC Radio Devon.

"It was a very encouraging performance," he added.

Tisdale praised a number of his senior players as his City side rose four places in League Two off the back of the victory, which was just their second win since Christmas.

"There were four or five players - especially those senior players who have been given the responsibility - and they really raised their game.

"We were tough against a very athletic, strong side and we played with some freedom and care in our passing.

"When you consider our position and the anxiety that's been covering us recently, I'm so proud of them," Tisdale said.

Exeter's first win in 14 home games lifted them up to 17th in League Two, five points off the relegation zone with eight matches to play.