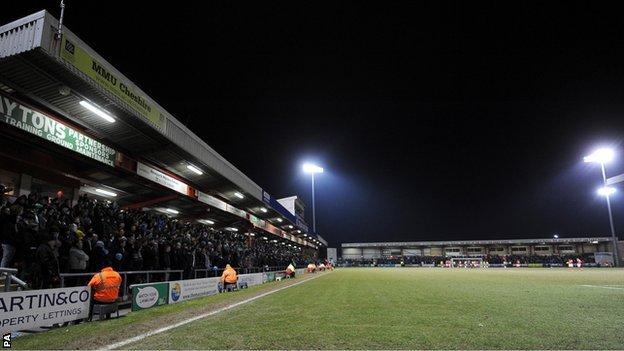 Garratt, 19, has emerged as Crewe's first-choice keeper this season, while 21-year-old Guthrie is now a regular.

Turton, 21, has now made 39 appearances since making his first-team debut in April 2011, while Nolan, 19, played his first game in September.

"We give our young players the opportunity to come through and keep on improving," Davis told BBC Radio Stoke. "I'm sure there is more to come from them.

"Our young players are heading in the right direction and improving all the time.

"All I would say to those young players is to get their futures sorted out as quickly as possible and accept the terms."

Crewe's reputation as a breeding ground for stars of the future was first made when David Platt emerged from Gresty Road three decades ago.

Since then, the Alex have produced a string of success stories of the calibre of Rob Jones, Danny Murphy, Robbie Savage, Craig Hignett, and, most recently, Nick Powell and Ashley Westwood.